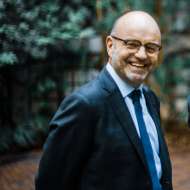 I am a mediator focusing on cross-border commercial disputes in Asia and Europe with Chambers and Partners describing me as “truly an international mediator” and "tenacious in his pursuit of a settlement..."

I conducted cross-border mediations online during COVID from my home country New Zealand but otherwise, I am based at Maxwell Mediators, Singapore and Brick Court Chambers, London.

I am ranked in Chambers UK in 2021 and described by Who’s Who Legal as a “mediation megastar”.

Over the last few years, I have mediated in Singapore, UAE, Korea, United Kingdom, Jersey Island, Switzerland, Australia and New Zealand as well as online during the pandemic.

I am available to mediate cross-border matters online and have successfully resolved large disputes online, including an $83m dispute involving multiple counsel and parties and multi-million dollar aviation and marine cases.

In 2019 I was appointed to the International Advisory Board of the Office of the Ombudsman for United Nations Funds and Programmes joining a small group of senior mediators having oversight of the UN’s Global Mediation Panel.

In 2019, together with colleagues Lim Tat and Bill Wood QC, I founded Maxwell Mediators based at Maxwell Chambers in Singapore. I am a member of the Singapore Mediation Centre's International Panel of Mediators and appointed a SIMC Ambassador.

Previously a litigation partner at Bell Gully, I began my career with the global law firm King & Wood Mallesons.

Admitted to the Bar in New Zealand and Australia (all NZ Courts, Supreme Court of Victoria, High Court of Australia and the Australian Federal Court).

Known as a mediator who can connect with parties in conflict, Geoff has been engaged by many of leading law firms dealing with contentious matters as well as many corporates and government agencies. "My aim is to conduct the mediation in a manner that complements the litigation process and I hope my reputation is as a proactive mediator who adds value to the negotiation and who is able to assist unyielding parties to settle the most difficult and contentious cases"

1. Geoff is a barrister admitted to the courts of Australia and New Zealand. He is member of Brick Court Chambers (London) and Clifton Chambers (Wellington). 2. Geoff has been honoured as the first New Zealander to be named LEADR's Australasian fellow. Previous LEADR Fellows include Australian Federal Court Judge, The Honourable Tony Fitzgerald QC, Tom Howe QC, Professor Laurence Boulle and MATA founder Joanna Kalowski. The role of Fellow is to act as an ambassador and to represent ADR to the community and to government in Australasia. 3. Geoff is accredited by LEADR Australia to the Australian National Mediation Standards. 4. In April 2008 Geoff was invited to join Europe's new International Mediation Institute as an Independent Standards Commissioner and then in early 2009 he became a vice chair of IMI's ISC. 5. Who’s Who list Geoff as one of 10 most highly regarded commercial mediators globally - Who's Who is a global publication with selection based upon independent survey of both general counsel and private practice lawyers worldwide; “Also in the region is Geoff Sharp who is “the leading mediator in New Zealand” for many of our respondents. He enjoys an “exceptional reputation” all over the world and has recently accepted a door tenancy at Temple’s Brick Court Chambers in London. Sharp is one of our most highly recommended practitioners” "Clients would go to Geoff Sharp “10 times out of 10”. A door tenant at Brick Court, he has conducted over a thousand mediations in New Zealand and worldwide, and is one of the most highly rated individuals on our international research"

Geoff has trained mediators and lawyers in New Zealand, Samoa and the Cook Islands, Australia, USA, Europe, United Arab Emerites, Malaysia, Hong Kong, Singapore and Thailand and has consulted widely to the New Zealand Government on aspects of public sector mediation, including being engaged to establish the Weathertight Mediation Panel in response to NZ's leaky building crisis. Geoff is a member of ICC's Mediation Rules Task Force and since 2011 has been invited onto the faculty of the ICC International Commercial Mediation Competition, the only moot devoted to international commercial mediation and held in Paris every year. In Particular; 1. 2012 – present; engaged by the New Zealand Law Society to teach lawyers about mediation – 3 courses per year in conjunction with Massey University, New Zealand. 2. 2011 – present; member of the faculty of the International Chamber Of Commerce Commercial Mediation Competition held in Paris annually – he mediated the final in 2012 3. 2014 - teaching lawyers about mediation in the Cook Islands 4. In 2008 Geoff joined the visiting faculty of California's Pepperdine University Law School for the Annual Summer Professional Skills Program in Dispute Resolution for mediators. Pepperdine University is/has been ranked #1 dispute resolution graduate school in the USA. Geoff taught 'Mediating The Complex Case: An Emphasis on Process Design, Party Management, and Insurance Coverage' 5. Geoff has been a Distinguished Practitioner in Residence at Queensland's Bond University Faculty of Law where he taught a program, talked to faculty and took part in the intellectual life of the law school for a brief time 6. June/July 2006 - requested by the Malaysian Government (Justice Ministry – Biro Bantuan Guaman) to train Malaysian government mediators and advise on implementing its legal aid mediation project.

Please visit articles Geoff has written at his website; http://geoffsharp.co.nz/articles/ Also, he is one of several authors at the Kluwer Mediation Blog; http://kluwermediationblog.com/

A copy of Geoff's current mediator’s indemnity liability insurance policy (AON) is available on request. The renewal date is 1 October each year.