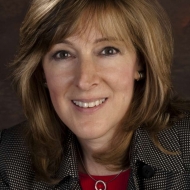 I am a facilitative mediator, but I use evaluative mediation when the parties request it or it may assist in the process (with full knowledge and consent of the parties). Mediation should take into account the past, current and possibly future relationship of the parties. Mediation is more than a "session." There are building blocks before, during and after the session that connect to create the right environment and circumstances for a resolution. Two of the mediator's roles are: (1) as a guide to help the parties tailor a process that fits their needs; and (2) as an objective facilitator who brings perspective to the emotional, substantive and financial issues in the dispute and helps the parties consider practical options for resolving their dispute. Having been a client (in-house counsel) in two companies, I can often understand the emotional toll and the distraction a dispute can take on those directly involved. That experience helps me to help the parties focus on their interests and those of their opponent so that they can develop practical solutions to settle the dispute.

Daily flat rates available for mediation sessions; and $525.00/hour (study time, communications with parties pre and post mediation session). No charge for travel time. No cancellation fee if a scheduled session is cancelled before I travel to the location of the mediation session. Out-of-pocket expenses billed at cost.