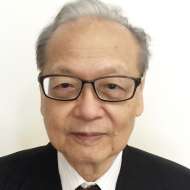 GOH Phai Cheng, Senior Counsel, serves as mediator in domestic and international disputes including commercial, civil and employment disputes. He is on Singapore Mediation Centre's (SMC) Panel of Mediators and has mediated more than 50 cases. Currently, he also practises as a an arbitrator and counsel.

Phai Cheng is a member of the panel of arbitrators of many arbitral institutions in South East Asia. He has served as sole-arbitrator and co-arbitrator in numerous institutional and ad-hoc arbitrations and is listed as an expert in commercial arbitration in the Guide to the World’s Leading Experts in Commercial Arbitration published by the Legal Media Group.

(a) President of the Industrial Arbitration Court;

(b) President of Copyright Tribunal;

(c) Chairman of the Valuation Review Board;

(d) Chairman of the Income Tax Board of Review;

(e) Chairman of the Tenants' Compensation Board; and

(f) Chairman of Hotels Licensing Board.

He was Singapore’s delegate to many annual sessions of UNCITRAL in the 1980s and was elected the Chairman of the 28th Session of UNCITRAL held in Vienna, Austria in May/June 1995.

His services as mediator has been highly rated by those who have used his services.

Fee rate is available on request.

Have served as mediator in cases where the parties are from countries outside Singapore and in cases where non-English speaking parties could only speak Cantonese, Hokkien or Mandarin.

The style is adjusted to suit the parties' requirements and needs.

Areas of practice include: - building construction and civil engineering disputes - commercial disputes - shareholders disputes - disputes over joint ventures and licensing agreements - disputes between family members over distribution of property where the validity of the will of the testor is challenged - partnership disputes