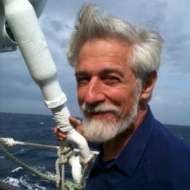 Director at Mediation Matters, a national training, service, and consultation organization in the US.

Over the past 37 years, Carl has trained several thousand family mediators. Founder of Mediation Matters, Rockville, Maryland, Carl is a Licensed Clinical Marriage and Family Therapist (Maryland), Certified Mediator with the Maryland Council on Dispute Resolution and with the Supreme Court of Virginia, an Advanced Practitioner Member of the Association for Conflict Resolution (ACR) and an Advanced Mediator Member of the Academy of Professional Family Mediators (APFM). Carl is the former Director of the Divorce Mediation Service, a group practice of 16 mediators in the Chicago area. He has been a Registered Clinical Psychologist (Illinois),  on the Board of Directors of the national Academy of Family Mediators and has served on the editorial board of Mediation Quarterly. He holds his Ph.D. from Harvard University.

One of the early mediators in the field, Carl has trained several thousand mediators. He has been Director of mediation service organizations for forty-one years and Director of mediation training organizations for thirty-seven years. From 1981-1989, he was Director of the Divorce Mediation Service within the Lutheran General Health Care System in Park Ridge, Illinois, which was the major private-sector mediation group practice in the Chicago area with sixteen mediators on staff. A mediator since 1981, Dr. Schneider works in a wide variety of settings. He has been an Approved Mediator with the Frederick County Civil and Family Mediation Programs, the Howard County and Prince George's County Custody Mediation Programs and the Montgomery County Juvenile Dependency Mediation Program. He was an Associate with Business Mediation Associates (1996-1997), a member of the Civil Rights Mediation Program of the Attorney General's Office in the State of Vermont (1995-6), and a mediator with the Baltimore District Office of EEOC (1997-02). He served as a mediator with the United States Post Office's REDRESS mediation program, and is a mediator with the Department of Justice's Americans with Disabilities Act Mediation Program (1995-), and Montgomery County’s Office of Human Rights. He has done CINA (Child In Need of assistance) and TPR (Termination of Parental Rights mediations for the past decade.

My style was best expressed by Lon Fuller, the Harvard Law School professor, way back in 1971: "The central quality of mediation.../is/ its capacity to reorient the parties toward each other, not my imposing rules on them, but by helping them to achieve a new and shared perception of their relationship...." This is best achieved through story, and so I draw heavily on narrative mediation, and see mediation as a conversation in which my role is to enable, support, and lend hope to what is a difficult conversation for the parties. I co-mediate, working with a female partner as a team.

The Maryland Standards of Conduct for Mediators, Arbitrators and Other AADR Practitioners.