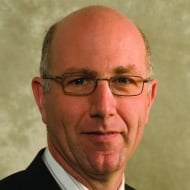 President and C.E.O. of ADR Chambers Inc.
- ADR Chambers Inc. is the largest, private alternative dispute resolution service provider in the world administering over 55,000 mediations and arbitrations since 2012.
- Mediator for two-party and multi-party disputes in numerous contexts including employment, wrongful dismissal, sports, entertainment, commercial, construction, insurance, regulatory, corporate governance, and breach of contract.
- Arbitrator of commercial disputes.
- Negotiation consultant for private and public sector negotiations.
- Trainer of over two hundred workshops in negotiation and dispute resolution (mediation and arbitration) around the world (North America, South America, Europe, Australia, Asia, and Africa), many of which were in joint venture with the University of Windsor Law School or the University of Notre Dame Law School.
- Designer of Dispute Resolution systems for numerous organizations.
- Listed in The International Who’s Who of Commercial Mediation, the Best Lawyers in Canada in ADR, the Mediation Chapter of Who's Who Legal: Canada, and Who's Who Legal: Mediation.
- Senior Advisor to the Jerusalem Arbitration Centre, an ADR organization specializing in mediating and arbitrating disputes between Israeli and Palestinian businesses.
- UNCITRAL Working Group - Canadian advisor on the enforcement of international mediation agreements known as the Singapore Convention, currently Canadian advisor with the Working Group to develop model expedited arbitration rules for international disputes, appointed by the Department of Justice Canada.
- Willing to travel.

Allan has mediated two-party and multi-party disputes in numerous contexts, including commercial, construction, employment, corporate governance, workplace, banking, personal injury, sports, entertainment and breach of contract. He has mediated and arbitrated many agricultural disputes including mediating disputes between growers and processors of peas, apples, carrots, grapes, potatoes, and chicken.

Allan is a facilitative mediator who is not afraid to express his views if that is what the parties request. He is persistent and does not give up unless the parties are absolutely insistent that the mediation is over. He always spends the necessary time to prepare so that he can have informed and intelligent discussions with the parties about the issues. He uses a combination of joint sessions and caucuses and is flexible with the process, making sure that it suits the parties' needs. He helps both sides explore the likely outcome of their dispute but does not insist that his views are the correct ones. Over the years, he has developed multiple techniques to help disputants overcome stalemates. Many are outlined in his book, Mediating Commercial Disputes.

$6,000 per day, plus applicable taxes. A full day is 6 hours of mediation time and includes up to 2 hours of preparation time.

$3,500 per half day, plus applicable taxes. A half day is 3 hours of mediation time and includes up to 1 hour of preparation time.

$750 per hour, plus applicable taxes.

Willing to travel. Rates increase if more than 2-parties. All rates are in US dollars. Travel extra.

Court of Arbitration for Sport (CAS), Lausanne, Switzerland 2018 to present
Panel member on the International Panel of Arbitrators and Mediators

International Academy of Mediators
Appointed Distinguished Fellow of the Academy 2007 to present; Member of the Board of Governors 2021 to 2024

Association for International Arbitrations
Member since 1998

1994–1995 Harvard Law School
• Instructor (Teaching Assistant) to Professor Roger Fisher for the Negotiation Workshop at the Program of Instruction for Lawyers.

Singapore Convention on Mediation: What is it, and what does it mean for your mediation practice? - International Academy of Mediators Webinar for IAM Fellows - May 27, 2020

Mediation Styles and Processes:  Practical Strategies to Determining What Works Best and When - The 6th Annual Winkler/IAM/Osgoode PD Conference on Mediation - May 2, 2019

Singapore Convention on Mediation: What is it, and what does it mean for your mediation practice? - International Academy of Mediators Webinar - May 27, 2020