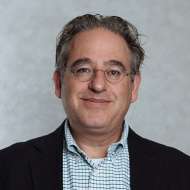 Lawyer specialized in international dispute prevention and resolution who advises a wide range of clients in a wide range of fields and industries, including mixed ADR processes.

Jeremy Lack is an independent attorney specializing in the prevention and resolution of disputes and the facilitation of commercial transactions, especially in international or cross-cultural settings. He is familiar with common law and civil law proceedings. He initially trained as a barrister in England (Middle Temple), and then worked as a patent litigation lawyer for Fish & Neave in New York (1989-1995), when he was first introduced to mediation. Since then, he also admitted to the Geneva bar as an overseas lawyer, and he is a former partner with Etude ALTENBURGER in Geneva, Switzerland, a tax and general legal services firm. Jeremy is a door tenant with QUADRANT CHAMBERS in London, UK and serves as counsel to HELVETICA AVOCATS in Nyon, Switzerland. He is also an adjunct professor with the FEDERAL POLYTECHNIC SCHOOL OF LAUSANNE (EPFL). Following his call to the bar of England & Wales in 1989, Jeremy qualified as a US attorney-at-law in 1990 (NY, various federal courts, and the USPTO), and registered with the bar of Geneva bar (ODAGE) as an EU lawyer, where he currently serves on its Executive Committee for the Section of International Lawyers. He has worked for BECTON DICKINSON & CO, MEDABIOTECH and NOVIMMUNE in general counsel, director and interim management roles (including as CEO) and for several start-up companies. Jeremy is accredited by and has provided mediation advocacy training services as well as ADR services to several mediation institutions in various countries, including IMI, AAA/ICDR, ASA, BCCI, CEDR, CMAP, CPR, ECDR, Geneva State Council, Global InterMediation, HUM/CMA, IBMS, IAM, ICC, INTA, IMI, JAMS International, Result ACB, SCAI, Singapore Mediation Centre, SIMC/SIMI, SKWM/CSMC/SCCM, WIPO, and the Swiss Chambers of Commerce. He was recently ranked as one of the ten most highly regarded mediators by THE INTERNATIONAL WHO’S WHO OF COMMERCIAL MEDIATION 2011 and was ranked again under the "Most Highly Regarded Firms" for mediation in 2012 and in 2013 and as a Global Elite Thought Leader in 2019.  Jeremy serves as a member of IMI's Independent Standards Commission, where he is responsible for  its taskforces, and has served on several ADR leadership committees for ABA, CPR (Europe), CIArb, CSMC/SKWM, CCIG, IMI, and GNII. He has Swiss, British, Israeli and US citizenships, and lives with his wife and two daughters in Geneva, Switzerland.  For more information, see: www.lawtech.ch

Jeremy regular acts as settlement counsel in arbitrations, conciliations, mediations and negotiations. He also advises other lawyers and law firms on negotiation and dispute resolution strategies, helping them to identify the key issues in their case, separate the parties' interests from their positions, and assist them in perspective taking, reality testing, assessing their alternatives (BATNAs/WATNAs/PATNAs), SWOT analyses, option generation possibilities, and how to prepare for seven critical junctures in a negotiation or mediation: (1) the preparation stage, (2) the opening phase, (3) the exploration phase, (4) the option generation phase, (5) the negotiation phase, (6) the closing phase, and (7) the execution phase.

Jeremy uses Guided Choice ADR techniques and has an outcome-focused and holistic approach, which is flexible and adaptable to a broad range of cross-cultural and international commercial disputes. He seeks to ensure that the parties have a common understanding of any mediation process that is used (which can vary significantly country-by-country), to tailor any ADR processes to take into account the parties' perceived procedural needs and their future business interests, and to jointly select one or more neutrals as may be appropriate, and depending on the type of dispute resolution process chosen. Jeremy tries to ensure that he understands the client's legal positions, facts and interests. He then conducts a future-oriented assessment process to clearly identify the client's interests, needs, concerns, motivations and pre-occupations looking forward, seeking to understand the rational, emotional and social drivers involved in the dispute. He also conducts an assessment of the conflict's propensity to escalate, and his client's expectations and constraints regarding the time, costs, award, consequences and likely impact of the clients's various alternatives (BATNA/WATNA/PATNA). A similar analysis is done using a perspective-taking analysis approach to assess the positions and interests of the client's partners in the dispute or negotiations and their counsel. With this analysis completed, anti-escalation measures are assessed and discussed and a strategy is formed and implemented, taking into account the procedural needs and concerns of all of the parties involved in the dispute. This can involve a traditional negotiation, mediation, or conciliation process, or a combination thereof, sometimes in parallel, separate from or integrated into any arbitration and/or muti-jurisdictional litigation proceedings (e.g., in MED-CON, ARB-MED, MED//ARB, MEDALOA and other guided choice proceedings). He works with co-counsel and co-counsel to design a mutually acceptable dispute resolution process and strategy and at times advises on the creation of hybrid processes to generate faster, cheaper and better outcomes, whereby the client can retain greater control over its costs and any outcome. This often involves working closely with counsel for the client's litigation partners to set mutually acceptable checks and balances, which foster a cooperative settlement spirit between the parties and their counsel, despite the possible existence of previously acrimonious or adversarial exchanges. This also sometimes involves acting as a Collaborative or Cooperative Lawyer, or as a quasi-collaborative/cooperative, agreeing to forego using or providing any information or knowledge obtained in the negotiation process in any future litigation or arbitration proceedings, should the matter not settle. This is discussed on a case-by-case basis, with the client's prior knowledge and written consent.

Jeremy has a broad commercial ADR practice and works in several fields. His areas of specialism are cross-cultural or international civil and commercial disputes and deal mediations, typically where there are complex business, technological, personally sensitive or intellectual property issues involved. He has worked extensively with large corporations, start-up companies, NGOs, IGOs, universities, families, venture capital firms, and private equity situations, where different disputants or stakeholders are seeking pragmatic outcomes that are cheaper, faster and/or better than litigated outcomes, and where the parties seek to re-align their interests. He is comfortable working in civil law and common law jurisdictions and with highly charged or emotional disputes, including family disputes. Jeremy also specializes in cross-border disputes and transactions, family businesses, new technologies, life sciences, information and communication technology, and has a broad international dispute prevention and resolution practice (including deal facilitation, advocacy, arbitration, conciliation and mediation), including designing hybrid processes. His practice areas include:

CHF 650/hour depending on the complexity and size of the case. Extensive travel time is invoiced at 50% of hourly rates. Adjustments can be made for long term or complex cases, where Jeremy has occasionally worked on a retainer basis, with a percentage of savings. VAT and/or an additional fee of 3% may be added to invoices to cover administrative expenses. Alternative fee arrangements are also available, particularly for start-up companies, NGOs, family businesses, individuals and not-for profit entities. See: http://lawtech.ch/fees/.

Jeremy has taught mediation worldwide, and has lectured at Harvard, Pepperdine, Fordham, and Cardozo in North America, as well as across Europe, Asia, the Middle East, Africa and in Latin America.  He was one of the original members of IMI's mediation advocacy taskforce, and was actively involved in shaping and designing its criteria. He has conducted several trainings on mediation advocacy with Prof. Harold Abramson (USA) and Ms. Manon Schonewille of TOOLKIT COMPANY (NL). He served as the Global Coordinator of the Global Pound Conference Series in 2016-18.

Jeremy is bound by the various codes of conduct applicable to lawyers who are members of the bars of England & Wales, New York and Geneva.

In addition to the regulatory and complaints procedures available via his various bars in the UK, USA and Switzerland, Jeremy has agreed to adhere to the IMI Professional Conduct Assessment Process both as a mediator and as a mediation advocate. Parties are also encouraged to provide their feedback in an IMI Feedback Form to his IMI Reviewer.

Jeremy is covered by a general professional liability insurance policy with ALLIANZ in Switzerland, which provides a 5 million Swiss Francs coverage. This policy includes all work done as a mediator or as an attorney.