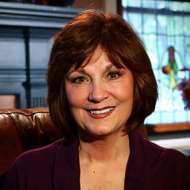 Lynn H. Cole, Esq. is a dispute resolution professional with experience in all aspects of ADR, including mediation and arbitration and mediation system-design in three, developing Rule of Law countries. As a Harvard-trained and Florida-certified mediator, she also has served as a Special Master, an SEC receiver, a neutral evaluator, a Special Magistrate and settlement counsel. She has served internationally in Bulgaria, Jordan and Kosovo as an ADR and Mediation Specialist with USAID and teaches internationally.

In addition to traditional mediation, Ms. Cole offers online mediation in a secure and confidential virtual mediation environment at no additional charge to those who do not want to incur the increasingly high costs of travel to and from a mediation; want to avoid loss of business time traveling to and from a mediation; are sick injured or physically incapable of attending a mediation in person; wish to resolve international disputes quickly and efficiently; want to avoid the costs of bringing an expert, translator or other third party to a mediation; want to save attorney time and fees for other matters.

Lynn Cole has over 28 years' experience as a trial attorney, with 21 years in the legal areas of complex commercial litigation, labor and employment (private and public employment clients, both employers and employees), construction, contracts, antitrust, banking, products liability, utilities, securities, and whistleblower (state and federal). As an arbitrator, mediator, and counsel, has handled numerous matters involving anti-trust; contracts; labor and employment; banking; complex commercial, business; utilities, securities and partnership disputes. During her tenure as a civil trial attorney in federal and state courts, she was AV rated by her colleagues for Martindale Hubbard. Her civil practice clients extend from Fortune 500 clients to individuals.

Because of her trial practice focus in Labor and Employment, Ms. Cole is often asked to mediate cases by both employers and employees in private and federal sectors. Cases include subject matter experience in Civil Rights Act of 1991 (Title VII), 42 U.S.C. Section 1983 (including race, ethnicity, gender and retaliation claims); the Fair Labor Standards Act of 1938; Age Discrimination in Employment Act of 1967, 29 U.S.C. '621 (including retaliation claims); violation of the Florida Civil Rights Act of 1992; Florida Whistleblower's Act (private and public); and Federal False Claims Act, 31 U.S.C. '3729. She also has class action mediation experience in gender discrimination claims and in Worker Adjustment and Retraining Notification Act (WARN) cases.

Experience in construction mediation includes disputes ranging from $83,000 to $4.3M.

Ms. Cole's mediation style is one of patience but tenacity. Because of her extensive federal and state experience and knowledge in evidence and civil procedure as a Special Master, Special Magistrate Judge and trial attorney, attorneys and clients often request that she proactively ask provocative questions about legal positions in order that the case be accuratley and honestly assessed. Because of her history of involvment in Florida mediation since the early 1990s, serving as a founding member of the (now known as) Florida Dispute Resolution Center's Mediation Qualification Board, she is conscientious about conflicts of interest and fairness. As chair of the Civil Justice Reform Commission for the Middle District of Florida, her oversight extended to initiating the first comprehensive mediation program in one of the fastest growing federal district in the country; as a result of this experience, she is well versed in federal procedural, timing, multi-party and jurisdictional issues. Ms. Cole's vast international experience ebues her mediation style with a keen sensitivity to and awareness of faith and cultural diversites.

Hourly Rate:
Ms. Cole’s hourly mediation rate depends upon the number of parties and the complexity of the matter.

Billable Time:
Time is charged for the period scheduled for conducting the mediation conferences with the parties. Ms. Cole charges for time reviewing any information you choose to provide to her prior to mediation. She find that summaries of respective positions of the parties in the case, including any pleadings each may wish to attach, are very helpful and usually expedite the process of mediation.

Travel Time:
Ms. Cole does not bill time for travel and expenses, unless airfare is required or if travel is over 100 miles. In those cases, airfare or mileage rates and expenses are charged, but not travel time.

Policy on Continuances and Cancellations:
Because of the nature of mediation work, Ms. Cole, like most other mediators, has a policy regarding continuances and cancellations. Once her office has committed to a date and time, much like busy trial attorneys who have an extremely difficult time arranging to provide that time for use by others, there is a cancellation policy if a cancellation occurs within two (2) weeks of the date and time set for mediation. If the mediation is canceled or continued two or less weeks prior to the time and date agreed, her cancellation policy requires that each party pay an equal share of the cancellation fee of three (3) hours at her normal hourly rate.

Her office does not charge for the cancellation if the parties reschedule mediation with Ms. Cole to a date within four (4) weeks after or before your previously scheduled date and time.

Ms. Cole earns over 16 credits of CME every two years as a Certified Mediator in the State of Florida.