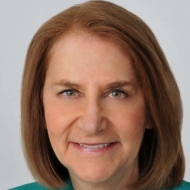 Edna Sussman, esussman@sussmanadr.com, is an independent arbitrator and mediator and the Distinguished ADR Practitioner in Residence at Fordham University School of Law. Formerly a partner in the firm of White & Case LLP, she has extensive experience serving both as an arbitrator (as chair, sole or co-arbitrator) and as a mediator in a wide variety of complex international and domestic commercial disputes under many institutional rules and ad hoc. She serves on many institutional panels around the world. Her experience includes commercial transactions, finance and banking, energy, environment, franchises/distributorships, partnership and joint venture, insurance, mergers and acquisitions, accounting, intellectual property, construction, securities, real estate, pharmaceuticals, hospitality, aviation and professional liability. Sussman serves on the Boards of the American Arbitration Association  as Vice-Chair of the New York International Arbitration Centernd of the College of Commercial Arbitrators and as the chair of the AAA-ICDR Foundation. She was named as one of the ten outstanding international mediators by Who’s Who Legal 2013 and selected based on peer review as Best Lawyer’s “2012 New York City Mediation Lawyer of the Year.” Sussman has lectured and published widely on arbitration and mediation topics and serves as one of the few trainers for mediation and arbitration for the International Centre for Dispute Resolution and the American Arbitration Association.

I have served as a court certified mediator for the federal and state courts in New York and have mediated well over 150 disputes through the courts, various institutional and ad hoc appointments. Recent mediation and arbitration matters have included a broad range of commercial disputes. The following is illustrative:

I have one goal as a mediator: to help the parties settle the case and find an acceptable compromise. I achieve success by helping each party realize that a negotiated resolution is the best alternative. I do not classify myself as either "facilitative" or "evaluative", but rather am guided by the specifics of the case and the personalities of the participants in deciding how to approach each matter. I consult with the parties in crafting the optimal process for the specific facts of the case. I find it generally useful to be a reality check and assist the parties in analyzing the strengths and the weaknesses of their case as well as assisting them in projecting the risks, the likelihood of success at each juncture in a court proceeding, and the costs over time associated with a continued dispute. However, as a mediator, I do not judge or attempt to impose my view or resolution upon the parties. Mediation is a process that I approach with patience, persistence, and sensitivity to the needs and feelings of all parties to achieve a settlement that is seen as beneficial by all. I have mediated many matters with multiple parties. Such situations require an additional level of finesse and a careful assessment of the respective positions, relationships, and interests of the parties. Experience and judgment are essential to making the right decisions on who to meet with, in what order, and who to include in joint caucuses, if a caucus model is employed. The sequence and grouping of the parties in the course of the negotiation can be determinative of the success of the mediation. I make these decisions with great care.

$700 per hour for mediation session and study time