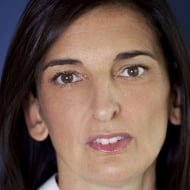 Ana has experience as a lawyer, teacher, mediator and organizational developer. She combines 20 years of experience with an exceptional triple curriculum, as a former IT industry executive, an ADR neutral and trainer, but also as an executive coach (she has 800 hours of coaching and is at the PCC level in the ICF accreditation). She is a founder of Convirgente, the first Appropriate Dispute Resolution Consulting Company in Portugal. Ana is a graduate from UAL Lisbon and has a Master of Law (2008). She followed Mediation Courses in several institutions in UK, France, Portugal, USA, and Australia. Ana is an Accredited Mediator for ADR group, panelist of CPR, she is listed as an internationally recognized commercial mediator in the Who's Who Legal since 2011 and is part of the Portuguese mediators list of “Julgados de Paz”. Ana is also an ADR trainer in several Universities and with the European Academy of Law (ERA). Being very active across frontiers and cultures, she has focused her practice in the last years on the impact of online technology on the skills of ADR neutrals and has delivered lectures on that topic in several conferences. What struck most of people that know Ana is her intercultural prowess: she has lived, worked and traveled in many countries, and she recognizes and adapts easily to a wide range of different demands and settings. She is a lawyer and mediator (like so many) but her senior management experience at Microsoft has equipped her with a ready understanding of the nature of cross-border business and its complexities in a globalized business environment. Ana is an ideas person, but her deep roots in business and also in the law give her the unique ability to put those ideas in ways that resonate with business, while assisting business people to think beyond the usual boundaries of problem-solving. She is trilingual, another great asset in the English-, Portuguese- and French-speaking worlds.

Ana also works inside the organizations world, delivering collaboration management training to several large and medium Global organizations and assisting Senior Executives and Lawyers in developing their conflict management and negotiation skills, both in person and online. Ana has an active role in helping Asian subsidiaries of Global organizations integrating mediation techniques in their leadership framework model and in promoting internal ADR as a tool to multicultural conflict resolution. The best way to summarize Ana’s character is to say she is passionate, intuitive, generous and obstinate. She actually lives in Kuala Lumpur with her husband and has 2 children, Marie, 30, who lives in Sydney and Thomas, 12, who lives with his parents.

Ana has an experience of the English mediation model and of the Australian mediation model and she uses the best of each model depending on customer needs, culture and interests. Ana puts a lot of time and effort on the preparation of the mediation. Her first step is to make sure that parties are comfortable making all disclosures that have to be made and are comfortable about the process she’ll use. She finds it especially useful to have either a pre-mediation conference call or a pre-mediation private meeting with each party in highly emotional or very complex disputes. These preliminary contacts that go over ground rules have a critical role in increasing the commitment of parties to the mediation and to the idea of settlement. Ana´s approach during the mediation is really about building - building trust in the mediator, building trust in the process, building understanding of issues, and building conscience of the real impact of settlement or no settlement in the future life of the parties and/or in the future of the relationship between them. Ana uses her sense of humility and empathy to be non-judgmental in relation to each party’s mind-set and to understand and respond to their individual perceptions. Whenever it´s possible, she uses joint sessions rather than private sessions (caucuses). She stimulates the parties and their counsels to leverage the privileged arena of the mediation session and think "out of the box" to reach a smart and durable decision.

Ana is a lecturer in the major Portuguese Universities on the topics of Alternative Dispute Resolution, Mediation and Negotiation. She is a regular speaker in International Conferences (including ERA Academy of European Law, International Mediation Alliance) and participated as a judge in several Mediation competition of the International Chamber of Commerce (Paris). She is also finalizing her thesis on “Commercial Mediation in Portugal”. Ana is part of an european task on online mediation and online mediation training. Ana works with Brazilian universities and chambers of commerce to promote IMI standards and IMI certification and with Malaysia institutions to implement internal ADR.